EVACUATION OF NADA - book one

EVACUATION OF NADA - book one - is on public display at the Kunstbibliothek Berlin / Sammlung Buchkunst / one of the largest museum libraries dedicated to arts.

When a language becomes lost, what kind of voices remain? Everything begins with the accents. Alienated from the intimacy of a letter in their mother tongue from the next page they fail to connect to a meaning.

Evacuation of Nada is a response to a letter contained in its prologue from the author’s grandfather to help his recently re-located grand-daughter to find inspiration. Its premise is a multi-story building that is governed by a numerical order, the silent writings on its walls, a public staircase that is visible but mute and private areas existing behind closed doors, devoid of visuality yet fully inhabited by sound.

A mysterious, languageless woman named Nada finds herself in the entrance of this construction. She brings with her a lurking feeling that something is pulling her forward. Her wandering commences in the staircase, and along the way she is guided by what she eavesdrops on behind the closed doors of ten dislocated realities. Missing Nada by a few steps, the Artist comes to the multi-story by following a string of a faded memory. Conflicted from within, he suffers from the syndrome of deeper understanding. In his secret shelter somewhere within the construct, he hides away as a speechless remote witness to the contemporary record of events. Here he forges out a plan to face the end.

Tracking Nada’s compulsive drive into the void of the building’s blind entities and speculating concerning the artiness of the Artist, our omnipresent narrator interferes with an increasingly overwhelming subtext. Manipulating drama and farce, compassion and stoicism, slang and philosophy, the past and the future, the narrator’s tale is tellingly slippery. The story comes together as an intermixed allusion, full of serial repetitions, memory, habitude and ghostly voices of copied material. It is a meditation on the many uses of a mindset that exists only as the most recent rewrite of a given scenario. All disparities merge into a collectivity within this space. 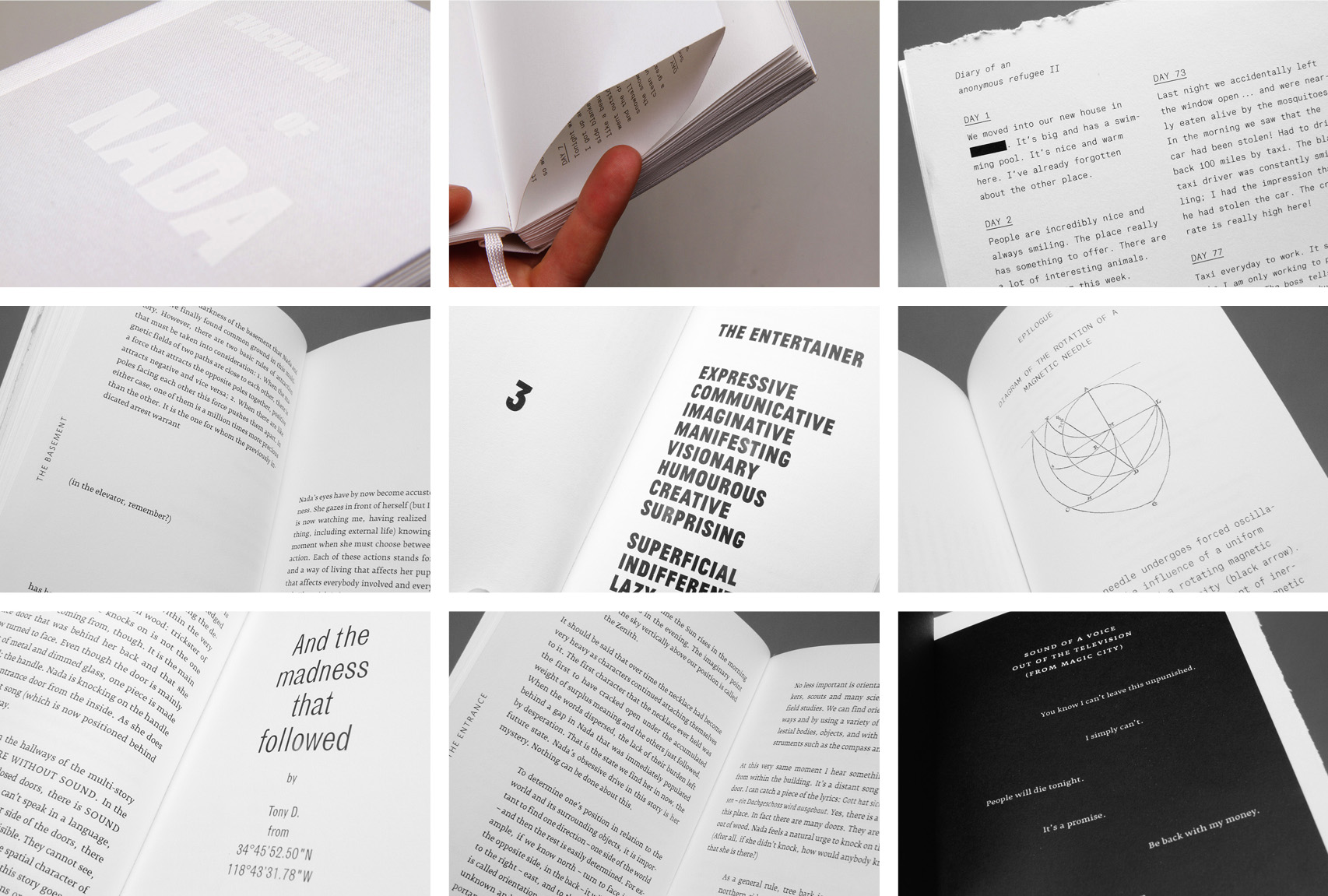