The three videos are a culmination of 60 hours of footage shot while traveling in Asia and South America in 2009 - 2012. They mark the beginning of the new (writing) Ira.

HOW I FOUND OUT THE EARTH IS ROUND, 7 min.   A circular motion of the assembly line.

BAGGED, 6 min.   Whilst ‘the end of the world - precautionary measures’ are being contemplated by three voices from the ether, a woman is going after a tangible solution: a rare possession that is being distributed in limited quantities and on unpredictable schedules. 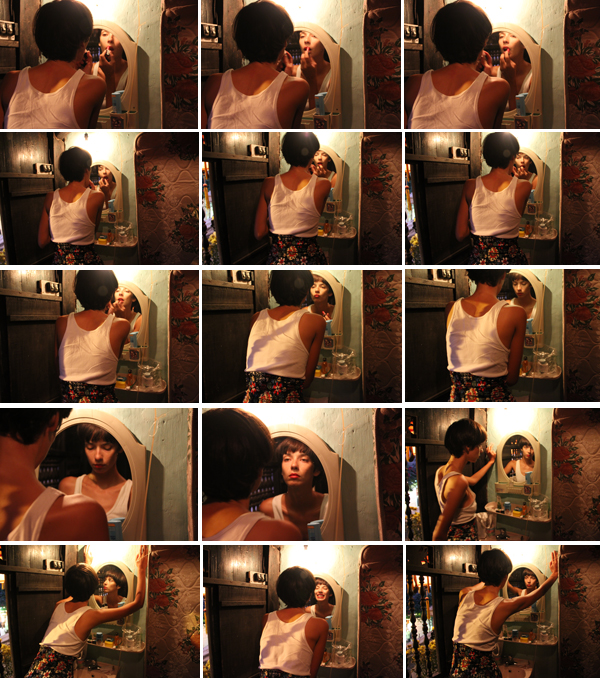